Updates of Executive bios, photos and other pages are in process 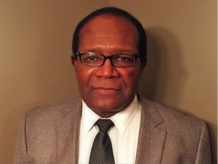 PAST PRESIDENT- GREGORY GASKIN
​Gregory Gaskin immigrated to Canada in 1977 and graduated in 1978 with a diploma in Architectural Drafting from Red River Community College. Greg was employed by M.M. Dillon Consulting Engineers in Winnipeg for the next 2 years, working on a number of municipal infrastructure projects. In 1980 he joined the Engineering Department for the City of Moose Jaw, Saskatchewan, recording the City’s infrastructure and preparing the yearly work programmes until 1991.
Mr. Gaskin returned to Winnipeg on the staff of Agriculture and Agri-Food Canada. Since then he has served as Digital Information Analyst, designing reservoirs for Manitoba Farmers and rural water pipelines for the Manitoba Water Services Board. In 2009 he received the Golden Harvest Award, the highest given by the Department of Agriculture and Agri-Food Canada.
Greg is an active community volunteer, and is currently the President of the Barbados Association of Winnipeg, a position he has held from 2008. He is currently working on the New Horizon for Seniors grants and the Barbados Association of Winnipeg Scholarship fund. He can be contacted at greg.gaskin@hotmail.com 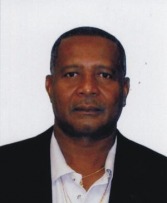 VICE PRESIDENT - MALCOLM FLATTS
Malcolm Flatts immigrated to Canada in 1976. Upon his arrival he worked at several jobs while attending school. He is married to Elizabeth, and is the father of four grown children; Consuela, Joel, Kevin and Ophelia. He is also a grandfather of many.
A police officer by profession, Malcolm joined the Royal Canadian Mounted Police Force in 1987 with who he is still employed. Before immigrating to Canada he spent six years and three months as a member of the Royal Barbados Police Force.Malcolm joined the Barbados Ex-Police (Toronto) Inc. in 1990. He was elected President in 2001. Malcolm has also been serving as President of the Ex-Police bowling league since 2004. Malcolm enjoys cricket, soccer, bowling, reading and meeting people.

A Brief History of the NCBAC

Read: The NCBAC - A Brief History, as writen by Keith A. P. Sandiford.

The NCBAC was established in 1984 and received federal incorporation on January 5th 1987. It is an umbrella organization representing 13 member associations and 3 associates in six provinces across Canada.

The main objective of the corporation is to assist in the orientation and adaptation of Canadian residents of origin in Barbados to the Canadian milieu and to foster a better understanding of Canada and other Canadians. Also,

::To encourage Canadians of origins in Barbados to participate in Canadian society.

::To provide a forum for communication among different Barbadian and Caribbean communities residing in Canada.

::To co-operate with other organizations whose educational, cultural social and recreational activities render a contribution to the development of Canadian national life.

Over the years the NCBAC has convened conferences seminars and workshops addressing issues such as; leadership, racism, health financial planning and communication skills.

The council has contributed financial assistance to groups in need of medical and other necessities during emergencies. The survival of the organization is enhanced when called upon to provide help to Barbadians and the larger community.